Phillip Smiths, one of my favorite and most prolific writers on the drug war, latest piece examines last nights Presidential inaugural address to Congress in which Trump vows to win war on drugs, but doesn’t mention marijuana. I encourage all of our readers to follow Phillip and his writing at StoptheDrugWar.org.

In his inaugural address to Congress Tuesday night, President Trump echoed the ghosts of Richard Nixon and Ronald Reagan—not to mention Miguel Cervantes—as he vowed to defeat drugs.

If there is a silver lining, his ire appears directed at heroin and other hard drugs. The word “marijuana” did not appear once in his speech.

WASHINGTON (AP) — The Justice Department will try to adopt “responsible policies” for enforcement of federal anti-marijuana laws, Attorney General Jeff Sessions said Monday, adding that he believes violence surrounds sales and use of the drug in the U.S.

In a meeting with reporters, Sessions said the department was reviewing an Obama administration Justice Department memo that gave states flexibility in passing marijuana laws.

“Experts are telling me there’s more violence around marijuana than one would think,” Sessions said. 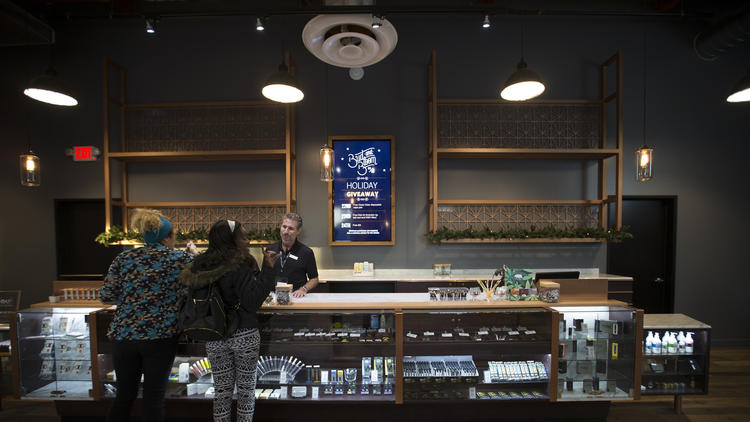 State lawmakers voiced doubts Monday about the ability of state agencies to finish crafting regulations and a licensing system for the sale of recreational marijuana in California by the end of this year, as promised to voters.

The possibility of delay was raised at a hearing at the Capitol by three state Senate committees looking into whether state agencies are on track to complete the work this year.

Agencies responsible for constructing a system for selling marijuana in California, including the Bureau of Medical Cannabis Regulation, have fallen behind in some key tasks. Officials acknowledged that, while they can begin processing license applications by Jan. 1, 2018, the agency may not be able to issue all of the tens of thousands of licenses expected to be applied for by that deadline. After his inauguration on January 20, Trump signed an executive order that directs federal agencies to start rolling back the Affordable Care Act, revived two controversial oil pipelines, staged a war on the media, and played a game of chicken with the president of Mexico.

But we still don't know much about Trump's plans for marijuana legalization. There's a pretty simple explanation for that uncertainty: His administration finds itself in a bit of a Catch-22.

When it comes to marijuana legalization, there are two basic paths Trump can choose from. He can try to stamp out the $6.8 billion legal marijuana industry, or support states' rights to legislate their own drug policy.

“America first” floated into a cloud of marijuana smoke.

As much less mellow protesters burned trash cans on K Street and President Donald Trump’s triumphant Inauguration Day parade trundled past empty bleachers, activists with DCMJ—the organization behind the successful 2014 ballot measure that legalized marijuana possession and cultivation in Washington, D.C.fulfilled their vow to mark the occasion with a protest smoke.

DCMJ will begins line sitting at 4:20 a.m. Tuesday morning: Will Sessions Force Trump to Flip-Flop on his Legalization Position?

WASHINGTON – On the eve of confirmation hearings for U.S. Attorney General-nominee Jeff Sessions, legalization advocates called on the Senate Judiciary Committee to press the Alabama senator to state clearly whether he would overturn the will of the voters by cracking down on legalized marijuana.

“Jeff Sessions and Donald Trump have publicly stated opposite opinions on legalized marijuana and states rights. The voters and legislatures in 28 states and the District of Columbia that have legalized marijuana for medical use, and another eight states and the District of Columbia that approved adult-use marijuana, have a right to know where Sessions stands on the issue,” said Adam Eidinger, co-founder of the leading cannabis advocacy group DCMJ.