Warning: date(): It is not safe to rely on the system's timezone settings. You are *required* to use the date.timezone setting or the date_default_timezone_set() function. In case you used any of those methods and you are still getting this warning, you most likely misspelled the timezone identifier. We selected the timezone 'UTC' for now, but please set date.timezone to select your timezone. in /home/thcfinder.com/public_html/includes/functions.php on line 98
 Florida Model Stabs Boyfriend After His Dog Ate Her Marijuana | Odd THC Finder

Florida Model Stabs Boyfriend After His Dog Ate Her Marijuana 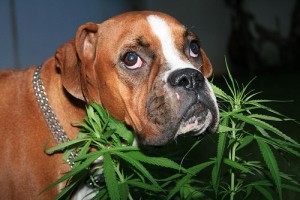 A Florida model apparently decided that it was reasonable to stab her boyfriend after his dog at her marijuana, but she did not think it was a good enough idea to tell the judge.  Instead, she went with a defense straight out of the musical Chicago: "and then he ran into my knife."
According to Kevin Wiggins, Shadae Scott, 26, kicked him out of the apartment after his dog atd her pot, but she had hidden his personal effects, so he could not leave. He says she started stabbing him with a pink pocketknife after he asked her where his computer was hidden.
According to Scott, Wiggins just kept walking into her knife as they argued. Wiggins sustained two cuts to the face and one to the hand.
In Scott's account, the fight was not about the drugs; instead, it was about their dinner plans.  She says she pulled the knife to defend herself when he would not let her leave the apartment.  Apparently she could do nothing about the fact that he walked his face into her knife.
Read more: http://www.policymic.com
Comments