Warning: date(): It is not safe to rely on the system's timezone settings. You are *required* to use the date.timezone setting or the date_default_timezone_set() function. In case you used any of those methods and you are still getting this warning, you most likely misspelled the timezone identifier. We selected the timezone 'UTC' for now, but please set date.timezone to select your timezone. in /home/thcfinder.com/public_html/includes/functions.php on line 98
 Marijuana treated as a lost and found item on Seattle buses | Odd THC Finder

Marijuana treated as a lost and found item on Seattle buses 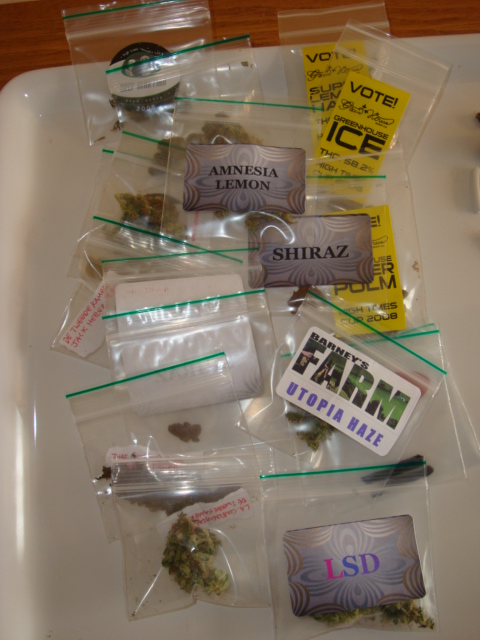 Metro bus drivers have been given new instructions for lost marijuana: turn it into the lost and found.
In Nov. 2012, a statewide ballot initiative approved adults age 21 and older to have up to one ounce of usable marijuana.
Even before that, Metro would occasionally find marijuana left on buses – typically small amounts in backpacks or film containers, sometimes with a pipe. That was turned over to police, and amounts over 1 ounce still will be, Metro spokesman Jeff Switzer said Friday.
“People can’t just come to lost and found and say, ‘I lost some pot,’” he said. “They will need to provide a lot more information before we reconnect them with that lost and found item.”
Metro has roughly 200 bus routes, and riders trying to reclaim their missing weed will have to say specifically the route and time when they lost it. No one has tried to pick up pot from Metro’s lost and found yet.
In an average year, Metro has about 40,000 lost and found items, with the most common being black umbrellas. But they also come across cell phones and laptops often, and sometimes even the more bizarre: dentures, personal items, and prosthetic limbs.
Read more: http://blog.seattlepi.com
Comments