Firefighters stumbled on a mature cannabis crop inside a house that caught fire in Melbourne's southwest. Fire crews went to the home in Egret Court, Werribee, just before 6.30pm on Saturday after neighbors reported smoke billowing from the roof. 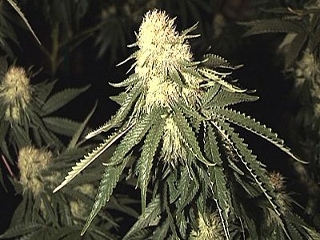 They found three rooms containing about 18 mature cannabis plants and hydroponic equipment. Werribee CIU detectives are investigating the cause of the blaze, but no one was at the home at the time of the fire. Police are still searching for the people who were residing at the residence but as of yet no luck. The cannabis plants were obviously being grown for the purpose of distribution and the growth op may very well of been the reason for the fire.

It can be made to look like tobacco, herbal incense or a typical baking spice. But it packs twice as much of the active ingredient in marijuana, and the side effects can be life-threatening. Synthetic marijuana is legal for all ages and typically sold as an incense. Officials are seeing more of it in St. Cloud- area schools. Several Minnesota cities have banned the substance, and the U.S. Drug Enforcement Administration plans to temporarily control five chemicals used to make synthetic marijuana. But St. Cloud school district chemical health counsellor Dan Becker said that isn't enough, because people who make synthetic marijuana can just create a new chemical recipe to get around a ban. 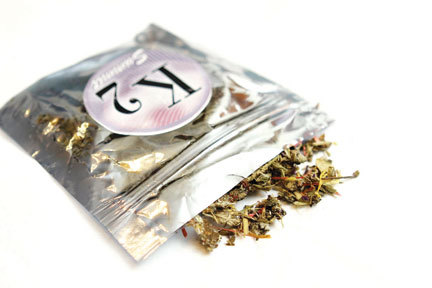 "It's an acquired taste," Becker said. But once users get used to it, they never go back to marijuana, he said. The buzz is stronger, it's cheaper, and it's more accessible. It's also difficult for parents to detect. The substance doesn't have a scent; some manufacturers mix it with fragrances such as strawberry or cookies and cream. "How can marijuana compete with that?" Becker said. Every maker is his or her own chemist, mixing different chemicals to get the effects they want, Becker said. Then those combined chemicals are mixed with an organic substance so it can be smoked.

An Ellicott City man has more than just insurance claims to worry about after a car crashed into his home earlier this month. Police say the crash revealed that 44 year old Richard Marriott had an indoor marijuana farm. Marriott and another person were uninjured when a BMW driven by 20 year old Bryan Bolster crashed into Marriott's house and burst into flames on Dec. 10. Bolster died in the crash. 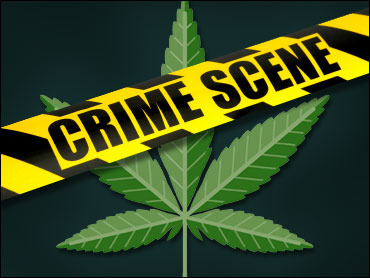 Howard County police say fire investigators were inspecting Marriott's home for structural damage when they found the drugs. Police got a search warrant and found what they describe as an extensive growing operation, with nearly 20 large marijuana plants. Marriott was arrested Wednesday and is being held on $15,000 bond. Court records show he also faces trial next month on charges of driving under the influence of alcohol and drugs.

Six people arrested in connection with an indoor pot-growing operation appeared Tuesday in bond court. Their next court date is Jan. 11 in Will County. The Cook County South Narcotics Unit and Romeoville Police found the operations Monday, leading to the arrest of six on felony charges of producing cannabis. “Unfortunately, it occurs throughout the country. Obviously, money can be made in this illegal activity, and it’s unfortunate there are people who are engaged in this activity. We are glad to see that these operations were shut down,” said Mark Turvey, interim Romeoville police chief. Cuong Van Tran, 31, Vinh Thi Nguyen, 51, Chien Van Tran, 29, Canh Van Tran, 55, all of the 1735 William Drive in Romeoville, have been charged with production of cannabis, a Class 2 felony. Bond for the four offenders has been set at $50,000. 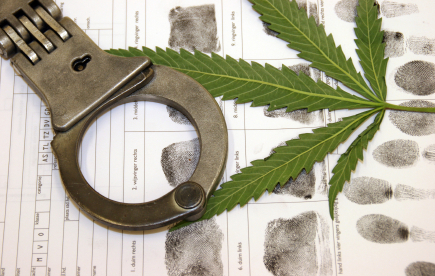 Police reportedly found about 18 cannabis plants behind concealed rooms in the basement inside the home at 1735 William Drive. The group had an advanced indoor grow operation, with elaborate lighting, ventilation and irrigation systems, according to a Cook County Sheriff press release. Nghia Tien Dinh, 39, and Hue D. Tuong, 38, both of the 1663 Rose Lane in Romeoville, have been charged with production of cannabis, a Class 1 felony. Bond for Dinh and Tuong has been set at $70,000. At the Rose Lane home, police reportedly found another cannabis grow operation that spanned the basement, with approximately 225 plants. The house also had advanced cultivation equipment similar to the first home, indicating a wholesale distribution operation, police said.

Police developed information on the houses through weeks-long surveillance and investigations. They obtained search warrants Monday. Police reportedly found harvested marijuana in the basements of both houses. Charges are pending on this additional evidence. This is the second major grow house bust in a week by sheriff’s police which led to the seizure of more than $1 million in cannabis. This drug bust was the third in a month for Romeoville, Turvey said.

Under fire from the U.S. Department of Justice over its marijuana cultivation plans, the Oakland City Council voted just a moment ago to suspend the process for permitting four enormous marijuana-growing operations. Oakland City Attorney John Russo had warned the City Council repeatedly that federal law enforcement officials were skeptical of the city’s plans because they appeared to be in violation of state and federal laws. Reporting from a closed-door meeting with the city attorney, the council announced that it would put plans for permitting the growing operations as well as four more medical pot dispensaries on hold while fixes were made to bring it in line with state law. 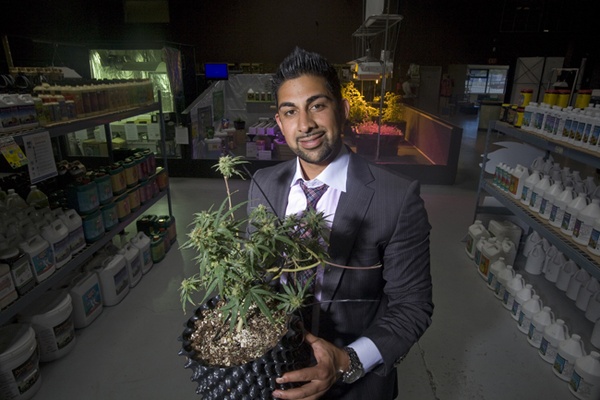 It seemed clear that the city was worried about moving forward when it was revealed Monday in response to a public records request by The Bay Citizen that no applications had been submitted by Oakland’s many pot entrepreneurs just two days before they were supposed to be due on Dec. 22. The City Council will come back to the issue on Feb. 1 after changes have been made. More details later. 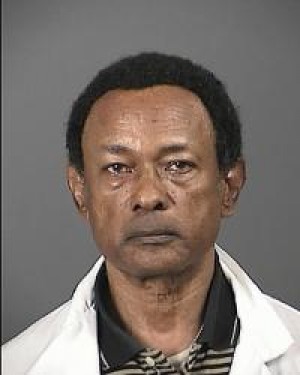 AURORA | An Aurora doctor arrested last summer and accused of doling out bogus medical marijuana recommendations can no longer practice medicine amid new accusations he recommended pot for a pregnant woman.

The Colorado Medical Board last month suspended Manuel Aquino-Villaman's medical license pending the outcome of an investigation into allegations he recommended medical marijuana for a pregnant woman.

The new accusations against Aquino-Villaman were first reported on the Solutions health policy analysis website, a product of the University of Colorado School of Public Affairs.

According to Colorado Medical Board documents posted on Solutions website, Aquino-Villaman is accused of writing a medical marijuana recommendation for a woman who was 28 weeks pregnant — without performing a basic physical or even recognizing she was pregnant.

The state accusations are the latest trouble for Aquino-Villaman.

In July, Aurora police arrested him after they say he gave medical marijuana recommendations to two undercover officers who should not have qualified.

According to an arrest affidavit filed against Aquino-Villaman, two separate Aurora police officers went to Aquino-Villaman's office undercover to obtain medical marijuana recommendations, the first in February and the second in April.

Aquino-Villaman is charged with attempting to influence a public servant, namely the director of the state's medical marijuana registry, and with forgery, alleging he falsified the medical marijuana recommendation. Prosecutors have also said they plan to charge him conspiracy to distribute marijuana.

He is set for arraignment in that case in February.