Warning: date(): It is not safe to rely on the system's timezone settings. You are *required* to use the date.timezone setting or the date_default_timezone_set() function. In case you used any of those methods and you are still getting this warning, you most likely misspelled the timezone identifier. We selected the timezone 'UTC' for now, but please set date.timezone to select your timezone. in /home/thcfinder.com/public_html/includes/functions.php on line 98
 KURTIS BLOW SAYS MARIJUANA BUST REPORTS ARE 'NOT TRUE' | News THC Finder

Yesterday The BoomBox reported that hip-hop legend Kurtis Blow was busted for marijuana possession at Los Angeles' LAX airport, but according to the rapper-turned-preacher, those reports are false. Not long after the news broke via TMZ.com, Blow took to his Twitter page to discredit the story. 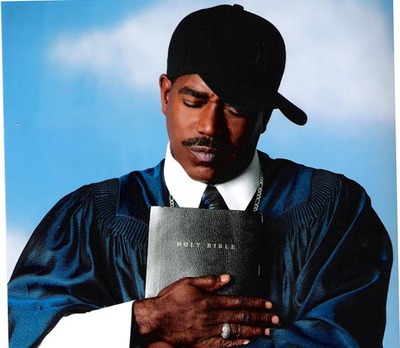 "What is this I hear 'bout me being busted for weed at the airport?" he wrote Thursday. "Not true. Isn't weed legal in California? TMZ is bugging." The New York native went on to ponder if his 500 new followers had anything to do with the story. The 51-year-old was caught with the substance after an airport screening machine uncovered "an anomaly" in his pants. Since he was found to be in possession of less than an ounce of marijuana, the New York native was only ticketed for the offense. Since neither TMZ, nor airport officials have denied the original report, Blow may be attempting to hide the incident because the negative publicity contrasts his current position as an ordained minister.