Warning: date(): It is not safe to rely on the system's timezone settings. You are *required* to use the date.timezone setting or the date_default_timezone_set() function. In case you used any of those methods and you are still getting this warning, you most likely misspelled the timezone identifier. We selected the timezone 'UTC' for now, but please set date.timezone to select your timezone. in /home/thcfinder.com/public_html/includes/functions.php on line 98
 Going Dutch! Marijuana Cafes Could Close To Foreigners | News THC Finder

For many of years now Holland and mainly Amsterdam has been thought of to be the weed capital of the world, In Amsterdam you can find every possible strain of cannabis that you could possibly dream of. Amsterdam itself attracts more then a million British tourists each year alone all of them seeking the legal high that they could not possibly get in their own country, But all of this could possibly change within the near future. There has been talks now that the Dutch Justice Minister is thinking about turning all of the coffee shops in Amsterdam to be Dutch only which could possibly be terrible news for Holland. 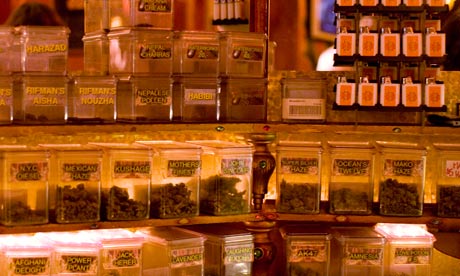 The Dutch Justice Minister Mr. Ivo Opstelten said that "Of course tourists are welcome to visit the Netherlands but not only to visit the coffee shops," he also further commented "In the near future, if we work out the processes, the coffee shops will not be accessible to tourists." The justice ministry confirmed the intention to implement the new coalition government's manifesto pledge within the run of the current parliament. For years Britons wishing to sample such herbal offerings that Amsterdam has to offer have been served by bus companies such as Dam Express. A local coffee shop owner quoted that 99% of all of his clients were in fact foreigners and such bans would literally destroy his business.