Warning: date(): It is not safe to rely on the system's timezone settings. You are *required* to use the date.timezone setting or the date_default_timezone_set() function. In case you used any of those methods and you are still getting this warning, you most likely misspelled the timezone identifier. We selected the timezone 'UTC' for now, but please set date.timezone to select your timezone. in /home/thcfinder.com/public_html/includes/functions.php on line 98
 The Ultimate Guide To Consuming Medical Marijuana | Medical Marijuana THC Finder

Thousands of people with pre-existing conditions are finding that medical marijuana may be the best way to treat their symptoms. Conditions from cancer to IBS can be treated effectively by medical marijuana. While the benefits of cannabis have won over a lot of patients many people are still undecided.

This could be down to the traditional image of cannabis consumption, which has permeated pop culture for decades as the purview of unkempt stoners. It’s understandable if a 57-year-old accountant called Agness is hesitant to take cannabis for her chronic pain when her only point of reference is Jay and Silent Bob skinning up on screen and staggering around like clowns.

Medicinal users may be cautious of cannabis due to the perception that they’ll have to consume a substantial amount over an extended amount of time in order to receive the correct dose of THC and other cannabinoids. A solution to this is using dabs, a concentrated form of cannabis extract that can pack more THC into less material.

Dabbing concentrates are consumed with a specialized dabbing kit. This kit typically contains a waterpipe for cooling, a nail, and a butane torch to heat the nail. The nail is often heated to an incredibly high temperature to ensure that the concentrate is vaporized instantly when it is dropped on.

The advantage of dabbing concentrates is their sheer potency. A single dab hit will have the equivalent of several joints-worth of THC, allowing a patient to quickly find the correct dose for the relief they need. 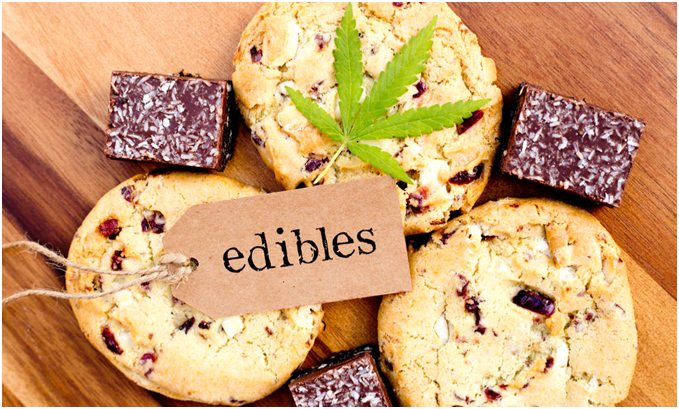 Edibles are a well-established way to consume cannabis. As the medicinal advantages of cannabis become more well-known edibles are evolving beyond dry brownies hastily whipped up in a messy kitchen. Edibles are a great way to consume cannabis for people who want to avoid harsh smoke. They are easy to consume and gradually enter a user’s system over time. However, if a patient is looking for instant relief then edibles may not be for them, the active ingredients take some time to enter the body through the stomach lining. Another risk presented by edibles is overdose. It takes time for edibles to have an effect on a patient's body, and in that time it’s easy to sneak another brownie! 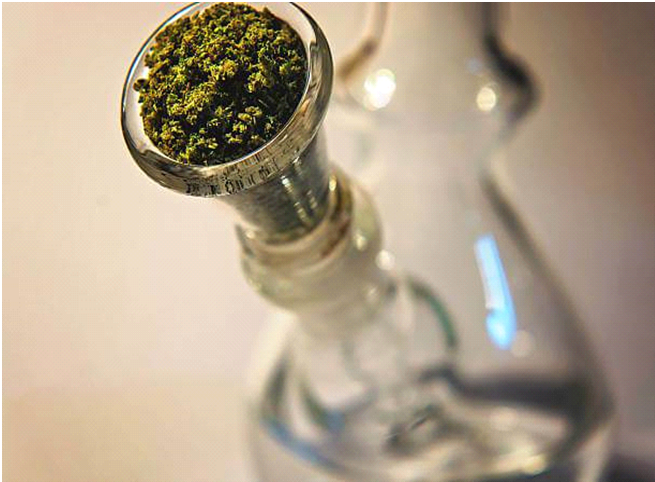 Bongsare a classic and well-known way to consume cannabis. There’s a very good reason for their fame, it's down to the huge, cool hits delivered by a good bong. Bongs work by using a water reservoir to cool the smoke of a hit and make it easier and more enjoyable to inhale. Many bongs come equipped with percolators, glass tubes that break the smoke that passes through them into smaller bubbles, increasing their surface area and cooling it more effectively.

Bongs are ideal for patients who want to enjoy the benefits of cannabis but with a smoother, easier to ingest hit 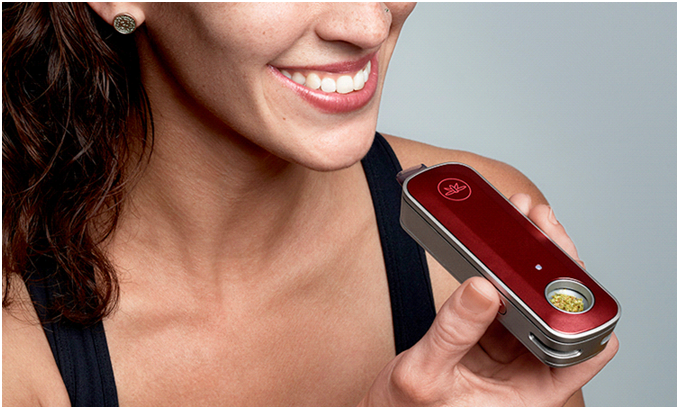 One of the more recent innovations in medical cannabis consumption is the marijuana vaporizer. The main advantage of marijuana vaporizersis that they allow patients to consume cannabis without the acrid smoke or carcinogens released by combustion. Vaporizers work by taking advantage of the boiling points of the active ingredients in cannabis. It heats them, boiling them off into a smooth vapor that contains none of the toxins and carcinogens that are found in smoke.

There are two main methods of vaporization: Conduction and convection. Conduction is more commonly found in portable vaporizers like the Firefly 2. Conduction works by directly heating your cannabis with an electronic heating system. The surface area of the cannabis is heated directly by the heating system much in the same way as a kitchen stove works. One of the main advantages of conduction vaporization is its rapid heat up time, this makes it perfect for frequent, quick doses when you’re out and about.

The second main method of vaporization is convection. Convection works by heating the air surrounding your dry herb and gradually extracting the vapor out of it thoroughly. Convection works much like a fan oven, baking a thick and delicious vapor out of your dry herb. Convection heating systems often take up a bit more space than conduction and thus is more often found in desktop vaporizers like the Volcano from Storz & Bickel. Convection heating is great for longer sessions with denser, more potent, and tasty vapor.

Overall, vaporizers allow patients to enjoy all the advantages and effects of medical cannabis without any of the unhealthy and harsh smoke produced by combustion.

There are many ways for patients to enjoy the benefits of medical cannabis. Licensed medical professionals and patients alike should familiarize themselves with all of them in order to find what works best.