Warning: date(): It is not safe to rely on the system's timezone settings. You are *required* to use the date.timezone setting or the date_default_timezone_set() function. In case you used any of those methods and you are still getting this warning, you most likely misspelled the timezone identifier. We selected the timezone 'UTC' for now, but please set date.timezone to select your timezone. in /home/thcfinder.com/public_html/includes/functions.php on line 98
 Cannabis Jolly Rancher Candies | Recipes Marijuana Blog | THC Finder - THC Finder 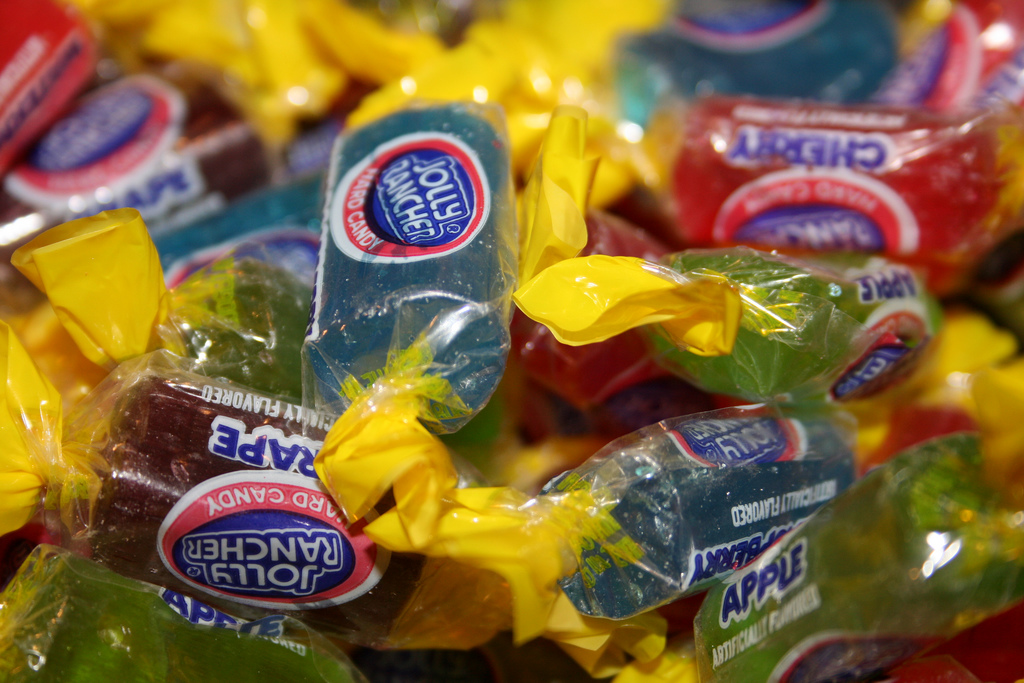 Cannabis Ranchers Candy
Most stoners are familiar with Jolly Ranchers, the tough to chew candy that a lot of people love. I always preferred the green ones but of course there was a grape flavor, watermelon, etc. Even today, it's tempting to buy these candies at the store when they're spotted. What's even better is that you can now make these yourself at home and even add in cannabis so you have a medicated candy that's extremely easy to make.
What You'll Need;
3/4 cup natural flavoring
2 cups sugar
2/3 cup light corn syrup
Hash (the amount it up to your discretion)
Take the hash, corn syrup, and sugar and mix them all together until the sugar has dissolved. Every batch of this stuff varies so you'll need to have a food thermometer. Put the mixture in the over until it reaches 295 degrees. Pull it out of the oven and mix in the flavoring that you've chosen to use. Grab a mold that you'd like to use or just put them all together in one pan but be sure that it's non stick. Put the candy in the freezer until they've hardened, usually about an hour or two. Remove them and wrap them in either wax paper or something along those lines. Now you're ready to chow down on some awesome medicated candy that you made yourself!
Comments