Warning: date(): It is not safe to rely on the system's timezone settings. You are *required* to use the date.timezone setting or the date_default_timezone_set() function. In case you used any of those methods and you are still getting this warning, you most likely misspelled the timezone identifier. We selected the timezone 'UTC' for now, but please set date.timezone to select your timezone. in /home/thcfinder.com/public_html/includes/functions.php on line 98
 Cannabis Cat Litter Cake | Recipes Marijuana Blog | THC Finder - THC Finder 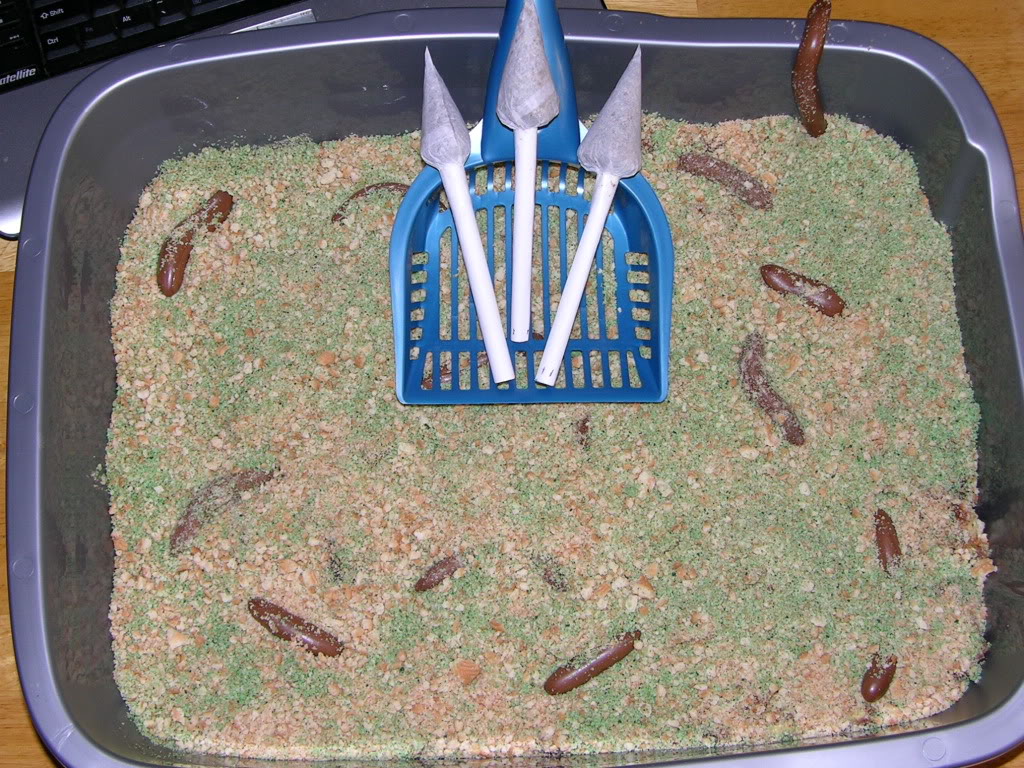 Now I chose to share this based pretty much just on name. This was just too funny for me to pass up! A cake that's made to look like cat littler is sure to get people's attention. Not to mention it's medicated. This is a hilarious joke to play on people and one that everyone at the party can enjoy. Since the recipe calls for it, it's definitely recommended that you put this cake in the cat litter box to really mess with your friends!
What You'll Need;
12 small Tootsie Rolls
1 box Spice Cake Mix (or German Chocolate)
1 box White Cake Mix
1 large package Vanilla Instant Pudding Mix
1 new Cat Litter Box Liner
1 package White Sandwich Cookies
1 new Cat Litter Box
Green Food Coloring
1 new Pooper Scooper
Cannabutter (Replace the oil in the cake recipes with cannabutter if you'd like to make this cake medicated!)
First, gather the materials for the cake mixes and prepare both, as well as the pudding. When the cake mix recipes call for oil or butter, replace it with cannabutter in order to make the cake medicated. If you don't want to medicate this cake, just make the recipes as you normally would. Bake these cakes and prepare the pudding according to the directions on the box. Take the sandwich cookies and crumbled them in a blender. Add a couple of drops of green food coloring for every 1 cup of cookie crumbs. Once the cakes have finished baking and are cool, crumble them in to a large bowl. Toss in half of the cookie crumbs and a good amount of pudding so that the mixture is moist but not soggy. Place one of the liners in the litter box and pour the mixture in. Unwrap three of the Tootsie Rolls and heat them up in the microwave until they become soft. Form the candy in to a feline poo shape and bury it in the cake mixture. Repeat this a few times, how ever many kitty turds you'd like to add. Sprinkle the remaining cookie crumbs over the top of the cake and then toss the green crumbs on top. Grab a sheet of newspaper, throw it under the box, and serve your epic cannabis cat litter cake to your friends with the pooper scooper.
Comments