The national trade association for marijuana wants to keep  “Cheech and Chong” out of the fight for legalized weed on Capitol Hill.

In an email to Tommy Chong’s representative and supporter obtained by The Hill, Aaron Smith, co-founder and executive director of the National Cannabis Industry Association (NCIA) said the group “is here to break 'stoner' stereotypes rather than reinforce them and Tommy's character (very brilliantly) embodies that stereotype."

As a result, NCIA has decided not sign the actor and marijuana activist as the group's celebrity advocate for it’s legislative push known as Lobby Days, scheduled for the end of April.

“We decided that a celebrity presence would ultimately distract from the overall mission, which is for members of Congress and their staffs to meet some of the thousands of small business owners who make up the legal cannabis industry,” NCIA Spokeswoman Taylor West said in an email Tuesday. “When a celebrity joins in, even with the best of intentions, it unfortunately pulls the attention away from the broader membership and our message that these are everyday businesspeople who deserve to be treated fairly.”

West went on to say that NCIA has the “utmost respect” for Chong’s long history as a marijuana advocate.

“Ultimately, our goal with Lobby Days is to shine a light on our overall membership, whose work to build a responsible industry often doesn’t get the attention it deserves, and give them a chance to have their stories heard on Capitol Hill,” she said.

Peter O’Neil, CEO of the C and C Cannabis Co. in Seattle, said the company has pulled its membership from NCIA over the decision to drop Chong.

“They understand that Tommy is an entertainer who has also been an advocate for cannabis for over 30+ years,” he said. “If his presence gets more folks to start the conversation about making cannabis legal at the federal level, creating a new green industry that creates jobs and tax dollars then that is great.”

In his email, Smith said he’s concerned about advertisement on youtube that never aired, which shows Chong smoking while driving and nodding off at the wheel.

“This sort of message is exactly the opposite of what we are trying to do with our efforts to legitimize the industry by showing it in a positive and responsible light,” Smith wrote. “Further, promotional advertising like this is actually a violation of our member code of conduct.”

In an email, Chong’s representative Jon-Paul Cowen, of Chong & Chong Entertainment, said “there are no issues on this end and we all still share many of the same goals with NCIA.”

“We were invited to participate in Lobby Days by one of NCIA’s members who apparently did not vet it with his superiors,” he said. “For our part, we were simply going there to show our support as we all want legalization to happen in 2016. “

Ask Willie Nelson about his love of marijuana and he will likely direct you to his memoir, the awesomely titled Roll Me Up and Smoke Me When I Die: Musings From the Road. That, or he’ll delightfully tell you about that one time he smoked pot on the roof of the White House. Soon enough, the legendary singer-songwriter will have something new to boast about: his very own brand of weed.

Yes, after being a longtime proponent and enthusiast of marijuana, Nelson is looking to get into the business of actually selling it. The product is called Willie’s Reserve, and it could be available to the public as early as 2016. It will also be distributed through physical stores, which Nelson and his family hope to open up across the US in states that’ve legalized marijuana. (For reference, Colorado’s estimated legal weed market is expected to reach $1 billion next year. Whew.)

According to an interview with Willie’s Reserve spokesperson Michael Bowman, the business is not just some fun, hobby-type venture, but “a culmination of Willie’s vision, and his whole life.” He adds:

Willie has spent a lifetime in support of cannabis, both the industrial hemp side and the marijuana side. He wants it to be something that’s reflective of his passion. Ultimately, it’s his. But it was developed by his family, and their focus on environmental and social issues, and in particular this crazy war on drugs, and trying to be a bright light amongst this trail as we’re trying to extract ourselves from the goo of prohibition.

Really he wants it, at the end of the day, to envelop what his personal morals and convictions are. So from the store itself to how they’ll work with suppliers and how things are operated, it’s going to be very reflective of Willie’s life.

Snoop Dogg Dishes on Getting High with Willie Nelson

AUSTIN, Texas (AP) -- Snoop Dogg has cleaned up his image from gangster rapper to multi-format entertainer, but he's looking to the past in a new series he's developing for HBO.

Snoop announced Friday—when he was giving the keynote address at South by Southwest—that he's working with Allen Hughes on the show about 1980s Los Angeles.

"HBO is the number one network in the world as far as developing and having these types of shows come to life," he said. "This is a dream come true to be able to tell a story that's going to be told the right way on the right network."

In a wide-ranging interview Friday with his manager Ted Chung in Austin, Texas, 43-year-old Snoop discussed topics from getting high with Willie Nelson to meeting Dr. Dre.

BEING BAKED AND EATING FRIED CHICKEN

The chicken was fried, but Snoop and Willie Nelson were baked.

Snoop and Nelson collaborated on the song "My Medicine" and he said "it was love at first sight."

Tommy Chong on Weed, Jail and Getting 'High With Every Beatle Except Paul'

"The government always used to say, 'We don't know the real bad effects of marijuana. We've never been able to test it,'" Tommy Chong says in the perma-high drawl that made him a counterculture legend as half of Cheech and Chong. "Well, I'm a walking guinea pig. I've been testing it for well over 50 years. I came in fifth on Dancing With the Starsat 76. This old stoner waltzed right by professional athletes because of the marijuana."

In the decade since the comedian spent nine months in jail for sending bongs across state lines in 2004, Chong has become more active than ever in weed advocacy. Today, he is hanging out in his Los Angeles office early in the morning before going to the gym to speak to Rolling Stone about how legal marijuana has found itself in a state of limbo in our nation's capital.

Last year, Washington, D.C. citizens voted in a law that decriminalized weed in a way similar to how Colorado, Alaska and Washington state have done so, but a last-minute provision by Republicans – prohibiting the District from using tax dollars to "enact" the bill – has limited its efficacy. Adults are allowed to possess a maximum of two ounces of pot and grow up to six marijuana plants but the law prohibits its sale and regulation, according to The Washington Post.

Chong finds the whole situation absurd, if not for the fact it seems behind the times. "It's the pot that opened my mind 20 years ago," he says. "When I got high for the first time, when I was 18 years old, I got visions of how one could prosper in this world. Everything just got so clear." Besides, Chong says, pot isn't that dangerous: "You can't OD on marijuana," he says. "People have tried." He laughs.

What's your take on the current legal-weed situation in Washington, D.C.?
Typical Washington. You can smoke it, but you can't buy it and you can't sell it. It's so stupid. These guys are so lame. It's a money game. It's all about a paycheck for Washington, and the rich people are getting people in office that'll keep everybody's mind on everything else but raising taxes.

So you think that this legislation was written in a way to distract people? Yes, totally. Looking at the political situation, it's self-serving for so many people, including the so-called righteous right. People are just doing things just for money.

Side effects of Marijuana 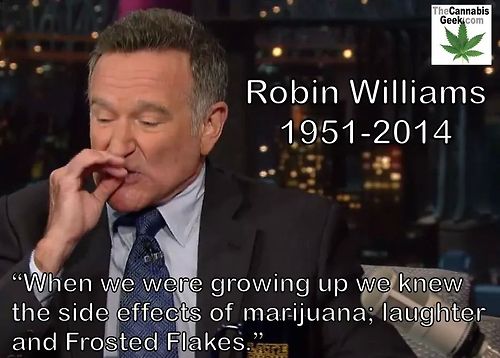 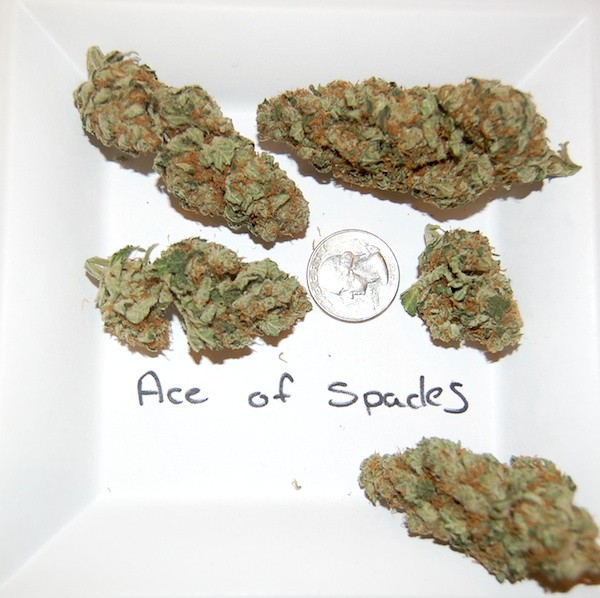 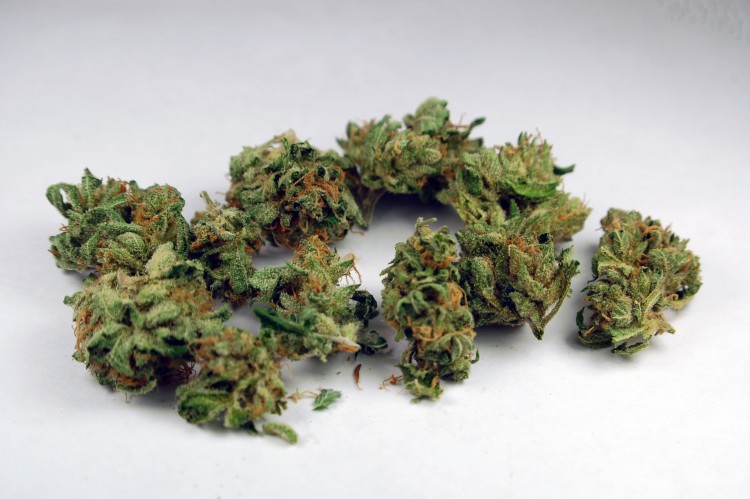 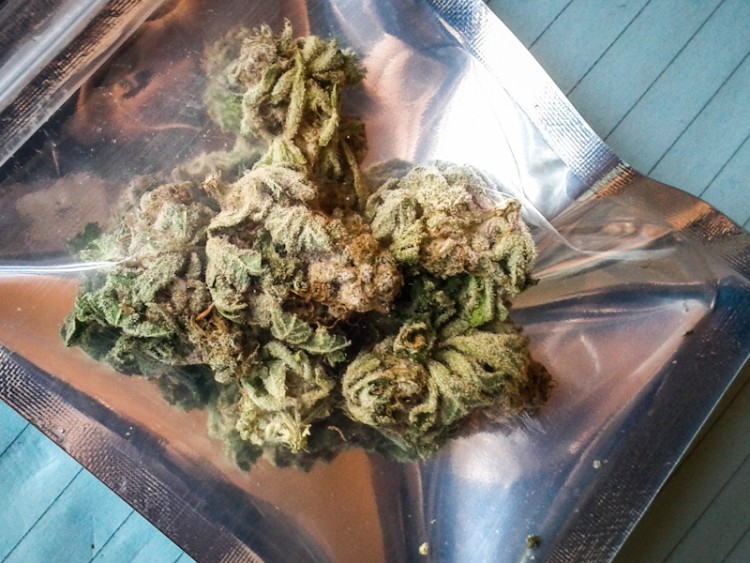 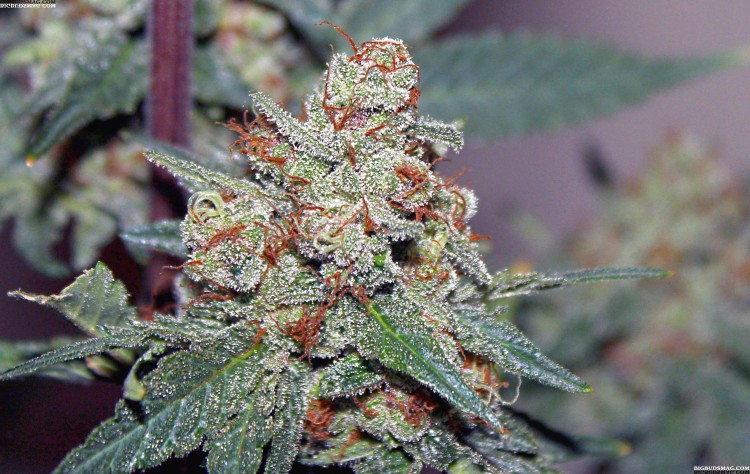