Can You Fail a Drug Test From Second Hand Marijuana Smoke?

someone that failed a drug test, and swore that they had never smoked marijuana themselves, but were around people that were. That was the case with NFL player Josh Gordon, who was suspended from the NFL for barely failing a chemical test for marijuana.

For a long time marijuana consumers, and non-marijuana consumers for that matter, were left to wonder if those scenarios were even possible. I know I have hung out with people before that didn’t smoke marijuana, and although they felt like there were getting a contact high, I was pretty sure they were just lame and trying to over embellish. I have heard of many people that have failed drug tests and swore that they didn’t smoke, and I have always wanted to see the science behind what it would take to fail a drug test due to being around second hand marijuana smoke.

Since the turn of the 20th century, the government has had it out for cannabis. What was once seen as a harmless natural substance property owners could grow is now the target of numerous anti-drug campaigns to stomp out the “problem” once and for all.

But is cannabis truly a harmful gateway drug that menaces the public? Or are there other interests at play? As the research piles in on marijuana, the evidence is overwhelming that numerous health conditions, from Parkinson’s to chronic pain, can be alleviated with the use of cannabinoids —including the ones that don’t contain THC.

What, then, is that they don’t want us to know?

It’s summer, and Washington smells like weed. Everywhere, all the time. 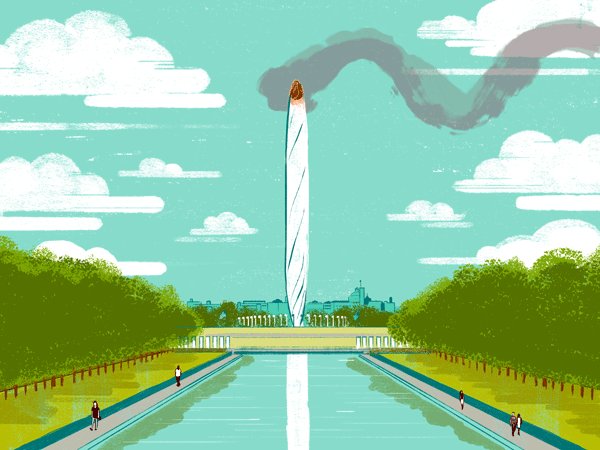 Arash Shirazi is a pretty cosmopolitan guy. A music agent and filmmaker, he hangs out with creative types and bohemians. He’s lived in Los Angeles, and spent time in cities such as, yes, Amsterdam, so it’s fair to say that he’s not particularly prudish in his social life.

And yet . . . leaving a Washington parking lot recently, he took pause when a distinctively skunky scent passed under his nostrils.

Of course he’d smelled marijuana before. But this was a weekday afternoon — in Georgetown!

What Is Schedule I and Why Is Marijuana on the List, Anyway?

Almost every media report on marijuana legalization at the state level references the fact that cannabis remains listed as a Schedule I illegal drug in the U.S.

But what exactly is a Schedule I illegal drug? Who does the scheduling and why? What are some of the other drugs on the list?

The following answer those questions and provides an overview of the five federal government drug schedules -- including the fact that the U.S. ranks marijuana as having a higher potential for abuse than cocaine, Vicodin and methamphetamines.

People Line Up to Buy Recreational Marijuana in Nevada

Hundreds of people lined up in the middle of the night to be among the first to buy legal marijuana in Nevada, which became the fifth state to allow recreational sales on Saturday morning. Tourists and locals alike were in the often-long lines celebrating the first sales that came after voters in Nevada approved legalization in November.

Now anyone who is 21 and older can buy up to an ounce of marijuana in Nevada. And while tourists are expected to make up a big percentage of the customers, marijuana can only be consumed in a private home. That’s why dispensaries seem to be banking on the popularity of edibles, particularly in Las Vegas.

Cannabis Use Among Senior

As research uncovers more and more health benefits of cannabis, it is clear that the stigma of cannabis use is steadily falling away, a fact which is reflected in the increasing use among the senior population. One study found that between 2006 and 2013, rates of cannabis use in people age 50 to 64 increased by 60 percent, while use among those over 65 increased by a whopping 250 percent. In light of recent research, this could be greatly beneficial for those in this age range – a new study reveals that cannabis can reverse brain aging.

One of the most noticeable symptoms of brain aging is degrading memory performance. And, while a decrease in cognitive functionality is expected with aging, more alarming symptoms could signal the onset of dementia, a devastating condition that greatly reduces a person’s quality of life due to its impact on memory, awareness, and mood; in fact, many seniors with dementia require a caretaker to help carry out daily activities. Furthermore, Alzheimer’s, a type of dementia, is the 6th leading cause of death in the United States.