Warning: date(): It is not safe to rely on the system's timezone settings. You are *required* to use the date.timezone setting or the date_default_timezone_set() function. In case you used any of those methods and you are still getting this warning, you most likely misspelled the timezone identifier. We selected the timezone 'UTC' for now, but please set date.timezone to select your timezone. in /home/thcfinder.com/public_html/includes/functions.php on line 98
 City of Boulder denies access to medical marijuana criminal background THC Finder 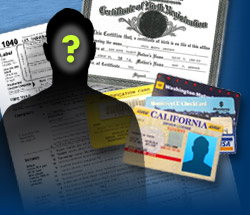 BOULDER, Colo. — The city of Boulder is refusing to release copies of criminal background checks that it ran on people applying for medical marijuana business licenses — including five businesses that the city briefly shut down after principal investors or general managers were flagged by the checks.
The Camera recently requested copies of application records that would shed light on why the city rejected business licenses for High Grade Alternatives, 8th Street Care Center, Southwest Alternative Care, Timberline Herbal Clinic, Mountain Medicine Group and Fresh Baked Dispensary.
The six companies were shut down by the city earlier this month. One business had a zoning issue, while the other five had problems with background checks. The city announced last week that the five companies with background issues could stay open pending appeals.
City ordinance says that anyone with at least a 10 percent stake in a marijuana business must submit to a background check. Anyone convicted of a felony in the last five years cannot operate a medical marijuana business. The city application asks for information about felony convictions in the last 10 years, DUI convictions and any misdemeanors related to abuse of alcohol or illegal drugs.
In an email to the Camera on Thursday, city officials wrote that the "criminal background checks will not be provided for review."
They wrote that the city is not the "custodian" of the checks it performed on applicants, that the checks are "not public records of the city" and that they're considered criminal justice records and therefore aren't subject to the Colorado Open Records Act.
(Read more)
Comments