Sunday, police were called to Central Lafourche Drive after someone told officers that drugs were being sold from an ice cream truck, said Hill.

The truck was stopped a few blocks away on New Haven Street by deputies, and the driver, Johnathan Trahan, 20, of Houma, was questioned by police.

“As officers conducted a pat down of Trahan for officer safety, they located three plastic bags containing approximately 9 grams of suspected marijuana and a glass pipe in his pockets,” said Hill.

After searching and finding drugs on Trahan, a K-9 dog was brought to the scene by police to search the truck.  The dog alerted officers that drugs were inside the truck, but none were found by police during the search, according to Hill.

However, when officers patted down the other man who was in the truck, Hunter Pitre, 19, of Houma, a small bag of what is believed to be marijuana was found in his sock, according to Hill. 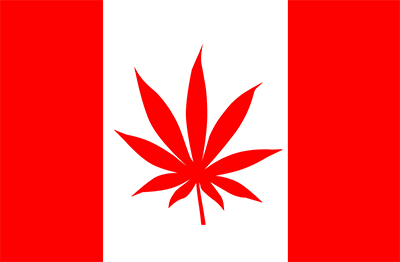 MONTREAL – Quebec’s auto insurance protection agency has been ordered to pay $5,000 to a Quebec man so that he can grow and smoke marijuana in his home.

The man, whose name is protected under provincial law, suffered injuries after a car crash in 1986.

The man, in his 40s, initially requested insurance coverage for marijuana to help treat back spasms, as he said traditional medication did not work.

But in an unprecedented decision made by administrative

tribunal officials in Quebec, which hears appeals from citizens for decisions of provincial departments, said necessary steps must be taken to help with the rehabilitation of citizens injured in car crashes.

That means paying $5,000 for a hydroponic greenhouse in the man’s home, as well as covering water, electricity, plants and soil expenses.

The tribunal judges said this case was “special.”

In their decision, the two judges wrote that all previous medication prescribed for this man was ineffective, particularly for his spasms.

The man’s spine was badly damaged in the crash.

“The tribunal is well aware of the controversial attitudes regarding the therapeutic use of marijuana,” the judges wrote. “There is no medical consensus for this type of treatment. Therefore, we have to rely on the personal experiences of the people involved in order to appreciate the benefit of marijuana use.”

Officials from Quebec’s insurance regulator said smoking pot is not recognized by the medical community for its therapeutic use.

“This decision is essentially a first,” said a spokesperson for the agency. “We are studying the possibility of appealing the judgement.”

The man used to smoke marijuana illegally, which led to several arrests and criminal charges. He has since received a license from Health Canada to grow and smoke marijuana for personal use. 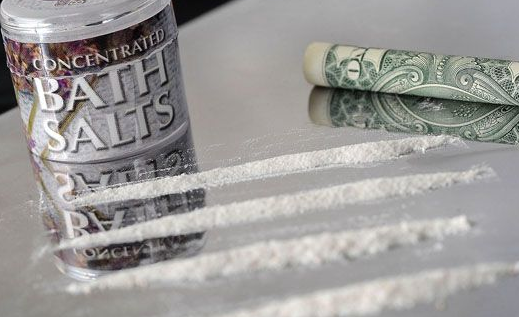 Two months ago, the DEA ruled a 12-month emergency ban on synthetic cannabis chemicals being sold legally in convenience stores nationwide under the moniker, “Spice.” The emergence of Spice is a direct result of cannabis prohibition; nobody would buy fake weed if they could buy the real thing. Now that Spice has also been banned, another legal drug is popping up to fulfill the demand of drug consumers who are deprived of their natural birthright to the perfectly safe pleasure-chemicals provided by marijuana.

This time, instead of harsh herb clippings sprayed with synthetic cannabis, we have deadly bath salts on our hands. Sold once more in convenience stores throughout the USA under names like Vanilla Sky and Ivory Wave, these salts contain a synthetic stimulant called mephedrone. This is an amphetamine-class chemical that can be smoked, snorted, injected or simply mixed with water. Even mild users report that the hallucinations the drug induces are horrible, with psychosis a regularly re-occurring result.

Mark Ryan, director of the Louisiana Poison Center, has reported a case of mephedrone psychosis involving a man sealing himself inside his attic with a rifle and vowing to “kill the monsters before they kill me.” Another case Ryan has reported involves a bath salt user vowing to remove his own liver using a mechanical pencil as a surgical tool.

Now the DEA is considering enacting another 12-month ban on the amphetamine bath salts, just like it did with Spice, except this time I agree that the drug in question should be restricted. Health of the user and addiction potential are legitimate measures to go by when considering if a chemical should be restricted. These bath salts are clearly a health problem, and evidence suggests that these salty stimulants have massive potential for addiction, similar to other amphetamine drugs.

What the DEA refuses to realize is that the rise of methed-out bath salts is of its own doing. The only person who checks in to a rehabilitation clinic for marijuana is someone who was ordered to do so by a court of law, or a supremely lazy person. At no point in history has independent evidence suggested that marijuana induces permanent psychosis or is physiologically addicting. Both characteristics have been attributed to the meth salts. 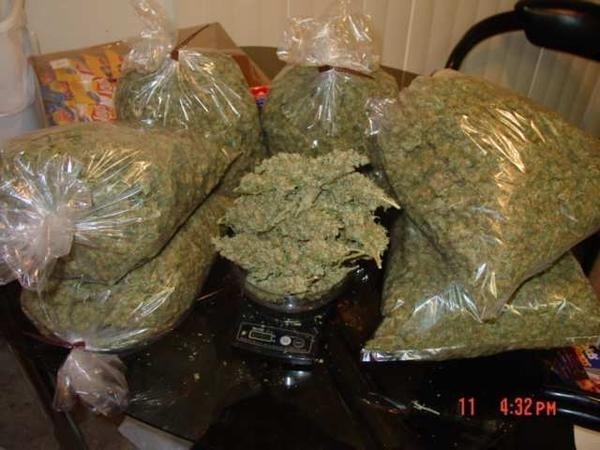 NEWPORT BEACH, Calif., Feb. 11 (UPI) -- A California man reported the theft of 25 pounds of marijuana from his home to police, claiming the drugs were legally grown, authorities said.

Police in Newport Beach responded to a call from a resident about two men breaking into a neighbor's home, the Newport Beach Daily Pilot reported Friday.

When police located the homeowner, he reported boxes packed with marijuana worth about $50,000 were taken and that he had a permit allowing him to grow marijuana, police Sgt. Steve Burdette said.

Authorities said they would not identify the man because at this point he's considered the victim of a residential burglary.

Newport Beach does not have any kind of license or permit that allows people to grow marijuana, city attorney David Hunt said.

Police say a Connecticut man called 911 to ask a dispatcher how much trouble he could get into by growing one marijuana plant, then was arrested.

Farmington police say a dispatcher told 21-year-old Robert Michelson on Thursday night that he could get arrested for growing pot, and Michelson said thank you and hung up.

Officers went to Michelson's house and seized a small amount of marijuana and drug paraphernalia. Michelson has admitted he bought seeds and equipment for growing.

Michelson was released on $5,000 bail after being charged with marijuana possession and other crimes. A woman who answered the phone at his home Friday said he wasn't available for comment. 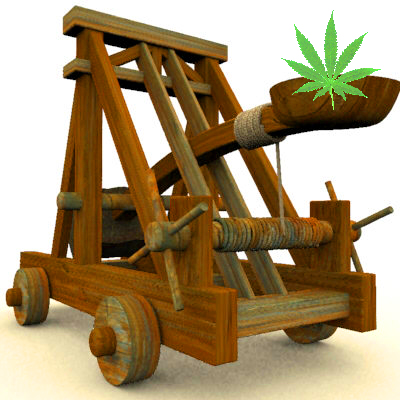 The U.S. National Guard spotted would-be drug smugglers on video Jan. 21 near the Naco Border Patrol station along the Mexico-Arizona border setting up a catapult, which was probably intended to be used to launch marijuana over the border.

The border agency released a clip of a video that shows the suspects setting up the catapult and testing it without putting anything in the catapult.

Officials seized an SUV, which was attached to the catapult on a trailer-like vehicle, and approximately 45 pounds of marijuana.

The suspects fled the area before they could be captured.