Marijuana Halloween Candy to be Given Away to Grateful Partygoers This Weekend: Best Warning Ever 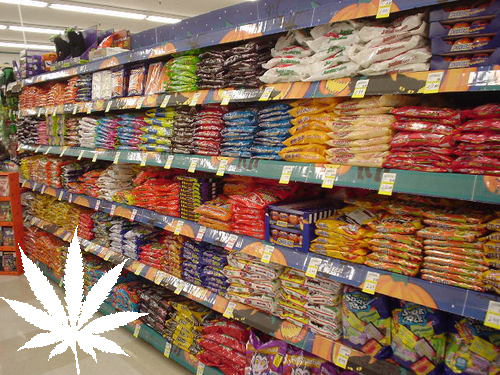 Once again the cops overeact and try to continue the Marijuana is so evil routine.

You have to love the folks at the L.A. County Sheriff's Department for being sincere in their concern for your safety.
But really now, holding a press conference to tell people to beware of marijuana-laced candy?
In L.A. that's only going to make people want to trick-or-treat more.
As in (Adam Sandler voice): I'm Stoner Man. Give me some candy! Still, we must think of the children:
Alarmed by the packaging they've seen on marijuana treats seized during dispensary busts in the last year, sheriff's officials want parents to be extra cautious when sorting through this year's trick-or-treat loot.
(Source) http://blogs.laweekly.com
Comments

Cops Accused Of Eating Man's Pot Brownies, Bragging About It 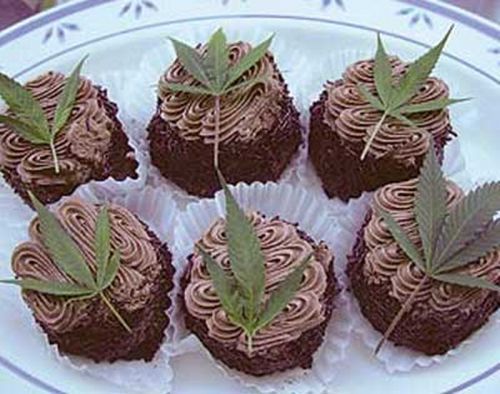 Proving that cops love to get baked just like we do, some dumb ass cops decided to steal some pot brownies and grub them down and still arrest the guy they found them on.

Two Houston police officers could be asking "dude, where's my credibility?" after a suspect accused them of eating his pot brownies.
Nicholas Hill, 19, claims that Houston cops took his brownies, that they knew were laced with marijuana, and munched away after arresting the teen for pot possession.
ABC 13 found something more substantial than just Hill's claim. The station reports that it has obtained messages typed by the officers on their in-car computers after confiscating and consuming the baked goods.
"So HIGH... Good munchies," one officer supposedly wrote. "Everything should be open when we get done," the other responded.
One of Hill's defense attorneys, Daniel Cahill, told The Huffington Post that, if his client's accusations prove to be true, they could have very serious consequences.
"If what is alleged is true then it really calls into question everything that went on that day," Cahill said. "If we have police destroying evidence or maybe not following the rules that they need to be following, that brings into question the integrity of the system and everything these guys have done, possibly."
(Source) http://www.huffingtonpost.com
Comments 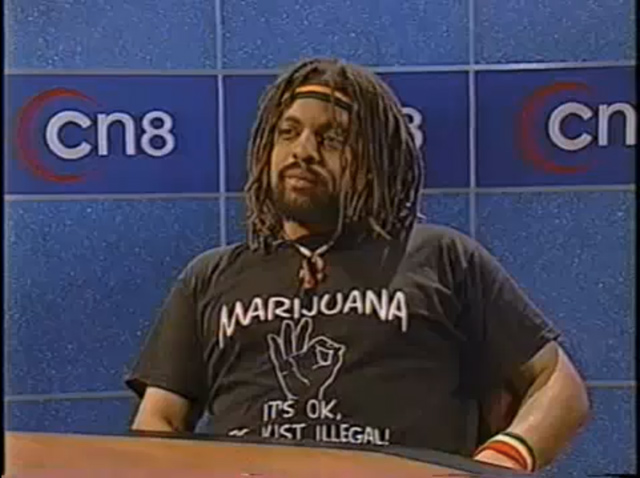 The man just wants to change his name, we say let him, who cares...

NJ-born Robert Edward Forchion is a staunch and dedicated marijuana activist who has participated in just about every weed-related activity there is: he's a practicing Rastafarian who has opened up his own temple, he's been a "marijuana smuggler," he's operated a medical marijuana dispensary, and he's run for political office several times unsuccessfully with pot platforms. More recently, he's been fighting to legally change his name to NJWeedman.com. But The Man won't let him!
Forchion, who lives in California now, filed a petition to have his name changed legally to "NJWeedman.com" after his website. You can read all about the case here, but ultimately, the courts decided against him for three reasons: domain names aren't forever, and people would be confused if he ever lost the domain; Forchion's legal name would be forever associated with a website that advocates a currently illegal activity; and NJ already rejected Forchion's requests to change his name.
But wouldn't a Ganja Dwarf strain by any other name still smell as sweet?
(Source) http://gothamist.com
Comments 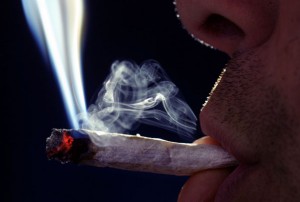 After reading the title you are probably thinking, those guys must be high! Well think again, apparently the study down shows that people who smoke marijuana are less likely to be obese than those who don't... who would of F!ucking thought?

The rapture is still right around the corner, but even if we somehow get past that cataclysmic event, America has other problems—like the fact that half the population will be obese by 2030. But there may be a solution: start smoking marijuana!
That's what new research out of France suggests, although researchers decidedly do not recommend that course. Because marijuana increases appetite, researchers hypothesized that users would be more obese than non users. But they discovered the opposite: "We found that cannabis users are less likely to be obese than non-users. We were so surprised, we thought we had [made] a mistake. Or that our results were due to the sample we studied. So we turned to another completely independent sample and found exactly the same association," says Dr. Yann Le Strat, a psychiatrist at Louis-Mourier Hospital in Colombes, France and co-author of a new study in the American Journal of Epidemiology.
Obesity rates among participants in the two surveys who didn't smoke pot were 22 percent and 25.3 percent; those who do smoking pot at least three days a week had obesity rates of 14.3 percent and 17.2 percent. Le Strat warns that there could be "confounding factors"—pot users might exercise more, be outdoors more, eat more fruits and vegetables—and doesn't think the take-home message should be 'smoke cannabis, it will help you lose weight.'
But Andrea Giancoli, a Los Angeles-based registered dietitian and spokesperson for the American Dietetic Association, says that maybe it's time we started thinking differently about the typical pot head: "I know when we think about smoking pot, one of the jokes is that it gives you the munchies and dry mouth so you drink a bunch of water and eat a bunch of Cheetos. Maybe we need to adjust the stereotype." And while neither Le Strat nor Giancoli recommend people start smoking pot to lose weight, we can't help but wonder what might happen if a certain overweight Governor stayed away from the helicopters, fatty foods, and beaches for awhile and got in touch with his inner Snoop Dogg.
(Source) http://gothamist.com
Comments 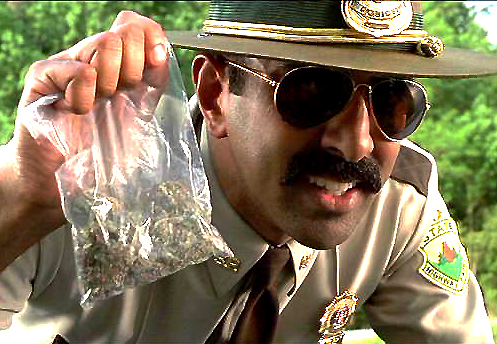 Not one of the brightest people i've read about but atleast she tried to get her weed back, so points for that I guess?

WELLINGTON (AFP) - A New Zealand woman who lost a bag filled with cannabis was arrested when she tried to reclaim it as lost property from the local police station, it was reported Wednesday.

The bag, containing about 20 grams (0.7 ounces) of marijuana separated in tinfoil wraps, a cannabis pipe and a mobile phone, was found at a ferry terminal in Picton on August 16, the Marlborough Express reported.
After it was handed over to police in the South Island town, the mobile phone rang and a male caller enquired about its whereabouts, so officers informed him it was at the Picton police station, the newspaper said.
Patricia Wright was arrested when she turned up at the station to reclaim the bag, immediately admitting the drugs and cannabis pipe were hers.
The 61-year-old received a six-month supervision order and was told to undergo counselling when she appeared in the Blenheim District Court on Monday.
Judge Peter Hobbs said Wright had a history of drug convictions, the newspaper said.
(Source) http://au.news.yahoo.com
Comments

Woman pulls out bag of weed when asked for ID 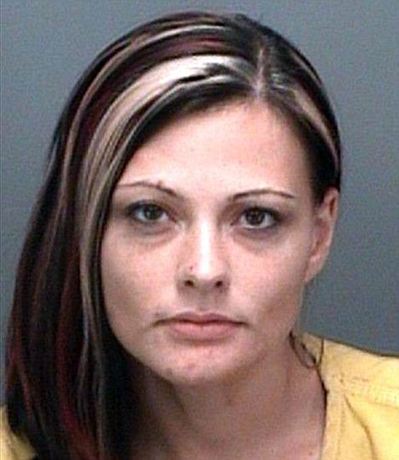 CLEARWATER — When asked for her identification, a 27-year-old woman also pulled out a bag of marijuana, according to police, leading to her arrest for possession of that drug and an assortment of pills.
Danielle Rae Shockey was sitting in a car in the parking lot of the La Quinta Inn Clearwater Central at 21338 U.S. 19 N just before 3 a.m. Saturday when a Clearwater police officer approached the car and asked Shockey what she was doing.
Shockey, of Clearwater, said she was talking to her boyfriend and considering renting a hotel room, an arrest report shows.
The officer asked Shockey for her ID. She reached into her purse and removed her ID along with a bag of marijuana, police said. Shockey tried to conceal the bag, according to the report, but was unsuccessful.
(Source) http://www.tampabay.com
Comments