Marijuana growhouse suspect invites deputy inside and ends up in jail 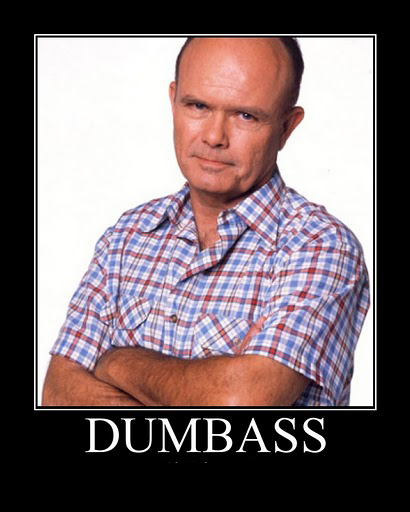 Some advice: If you're running a marijuana grow house, it's never a good idea to invite the cops in — especially if you're cutting up your plants in the wide open.
That's what happened when a deputy called to a possible suicide visited a Key Largo man. There was no suicide — but there were, the agency says, 124 pot plants in the house.
Joseph Ebeling, 49, of Leob Avenue is charged with cultivation of marijuana, possession of a felony amount of marijuana and possession of drug paraphernalia. He remained in the Monroe County Detention Center Tuesday in lieu of $11,000 bond.
Monroe sheriff's spokeswoman Becky Herrin says Sgt. Jason Madnick was dispatched to Ebeling's house at 9:30 p.m. last Friday to check out a report of a possibly suicidal person. When he knocked on the door, Ebeling reportedly shouted, "Come in!"
When Madnick opened the door, he reportedly saw Ebeling cutting up a pot plant, with several more plants by his side. Ebeling looked up, saw it was the police and reportedly uttered a curse.
When Madnick asked for his identification, Ebeling reportedly said, "I can't go to jail for this. I was arrested by you guys 10 years ago for the same thing."
Ebeling's Monroe County arrest record shows he was arrested in 2004 for possession of a controlled substance, and court records show he was found guilty.
Ebeling sought leniency, asking Madnick to just forget he saw anything. The sergeant said no.
Read more here: http://www.miamiherald.com
Comments

If You're High, Avoid Calling 911 If Possible

As the video below aptly demonstrates, it’s not a good idea to call 911 when you’re baked unless it’s a dire emergency.

Many of you have heard the last call, the marijuana brownie call that has become legendary on the internet. And Anderson Cooper’s lame attempts at humor aside, you have to wonder why a high person would want to call 911.

Is it really possible to be so high that you forget that the 911 dispatch center can easily trace your call? Or is it more a matter of being so high you don’t care?

In any event, 911 is only for emergencies. Don’t be a moron and tie up the line with your stupidity. You could end up hurting other people by distracting someone who could save their life. And all it’s going to get you is arrested.

If you’re high and really need to make a phone call, prank call your friends and family. Or call a local radio station and annoy the DJ with your song requests. In other words, chill out. Pot smokers invariably get into trouble when they forget the first rule of being stoned: Don’t draw attention to yourself. 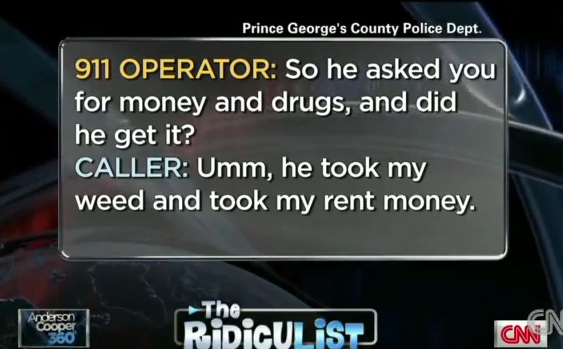 The more you hear about how some cops actually conduct themselves on the street and how many police departments in this country are run, stories like the one in the video below become less shocking.

After all, when a friend tells you of something shady or downright illegal they saw or heard a cop do, how many of you just nod your head and say something like, “that don’t surprise me?”

Allegations out of Minneapolis, Minnesota accuse some police officers of offering drugs (among other things) to people on the streets to see how they would react. Many of these guinea pigs came from the city’s Occupy protest.

It’s doubtful that “drug recognition” was the real reason behind this alleged program. It’s more likely that the police wanted the protestors (and the public in general) off balance, or downright stoned. That way they could expect less trouble from them.

Allegations are also swirling that this is not a new program, which makes you wonder exactly what the cops in Minneapolis are up to – it makes you wonder a little about your local police department as well. We know some cops simply can’t resist living above the law.

How many of you are nodding your head right now and saying to yourself, “that don’t surprise me?” 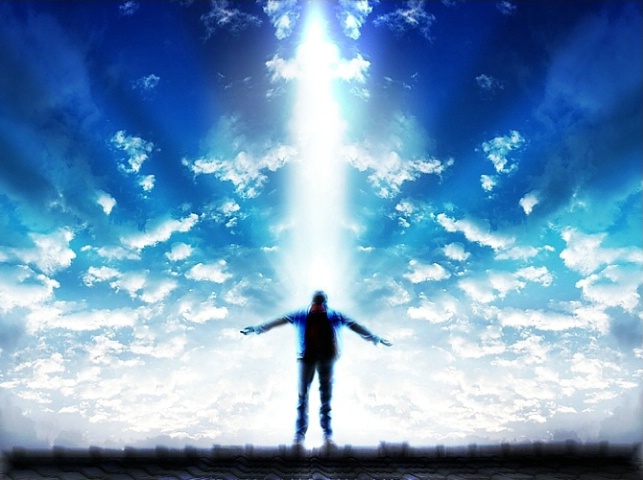 Police officers in Chesapeake, Virginia, have developed the ability to smell marijuana in cars as they cruise down the highway, even when the police have their windows up. Or, at least, according to a report in the Norfolk Virginian-Pilot this week, that's what they are claiming.
[image:1 align:left caption:true]"We drive our patrol car with the vents on, pulling air from the outside in, directly into our faces," Officer Barrett Ring said late last year in court during a preliminary hearing, according to a transcript of the proceedings. "Commonly, we'll be behind vehicles that somebody in the vehicle is smoking marijuana, and we can smell it clear as day."
Smelling the odor of marijuana would create probable cause to stop and search a vehicle. Ring said police would follow a car until there were no other cars in the area so they could make sure it was indeed that vehicle from which the odor of weed was emanating.
Defense attorneys and civil libertarians are pronouncing themselves mind-boggled by the claim.
"The idea that police can drive behind a car and smell marijuana is preposterous," said Assistant Public Defender Matthew Taylor. "What do we need drug dogs for if (police) can drive behind cars and smell marijuana?"
The police were claiming powers verging on the "supernatural," he said.
(Source) http://cannabis.hawaiinewsdaily.com
Comments 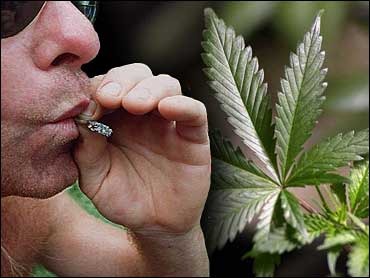 Smoke 'em if ya got 'em! If you don't got 'em, don't dial 911 to report your purloined pot, unless you want the police to bust your dopey butt.
There are plenty of stoners out there who smoked enough that they apparently didn't expect to get a knock on the door after reporting their weed-related grievances.
In celebration of April 20 -- 4/20 to those of us in the know -- HuffPost Weird News bring you some of the dankest marijuana 911 call stories on the web. We even threw in a couple of our favorite weird pot stories to give you a news buzz.
Keep that high going by reading this roundup:
Puking Pothead: Calvin Hoover, a 21-year-old Oregonian, called 911 from his car to report his weed stolen. But it took the dispatcher a while to understand him because the allegedly drunk driver was vomiting on himself during the call, according to the Associated Press. He said in the 2009 incident that someone had broken into his truck and stolen cash, a jacket and his weed. The dispatcher sent cops -- but they collared Hoover on DUI charges.
Weediculous:Colorado cannabis smoker James Farnsworth got what he wanted when he called 911 to report his ganja stolen. Officers arrested the alleged perp. What Farnsworth didn't expect is that cops would search him as well, find enough weed on him to label him a dealer, and arrest him on the spot. In the November 2011 incident, Farnsworth told cops that Derrick Richardson had Tazed him and stole his pot as the two met for a drug deal, according to KKCO. Richardson was arrested on suspicion of aggravated battery and pot possession, and Farnsworth was collared on suspicion of marijuana sale.
'Time Is Going By Really Really Really Really Slow': Indeed. In this famous 911 call from 2007 (video below), Detroit-area officer Edward Sanchez allegedly took some green he'd confiscated during an arrest he made, cooked it into a batch of brownies, and ate them with his wife. He got so blazed that he thought he was dying -- according to the tape -- and called 911 for an ambulance.
"We made brownies," he told the dispatcher. "And I think we're dead. Time is going by really really really really slow."
In the end, Sanchez did not die, but he didn't get charged with a crime, either.
(Source) http://www.huffingtonpost.comml
Comments

Marijuana-Laced Wine: It's All The Rage 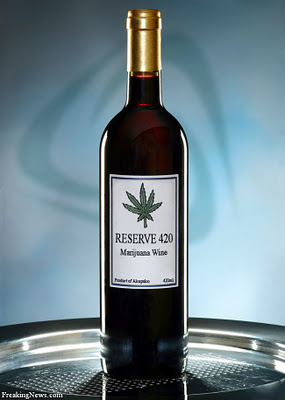 Numerous winemakers are blending two of California's greatest treasure's—weed and wine. The recipe for "pot wine" as it's known consists of consists of sinking one pound of marijuana into a cask of fermenting wine, which produces about 1.5 grams of pot per bottle. The more potent the materials, the better the wine.
The fermentation process converts the sugar found in grapes to alcohol, and the alcohol extracts the THC in the marijuana. For obvious reasons, the enhanced wine has become a smash hit from coast to coast.
Though it's unknown exactly when pot wine originated, but it's believed to have been birthed during the Reagan Era, i.e. the war on drugs.
(Source) http://www.complex.com
Comments