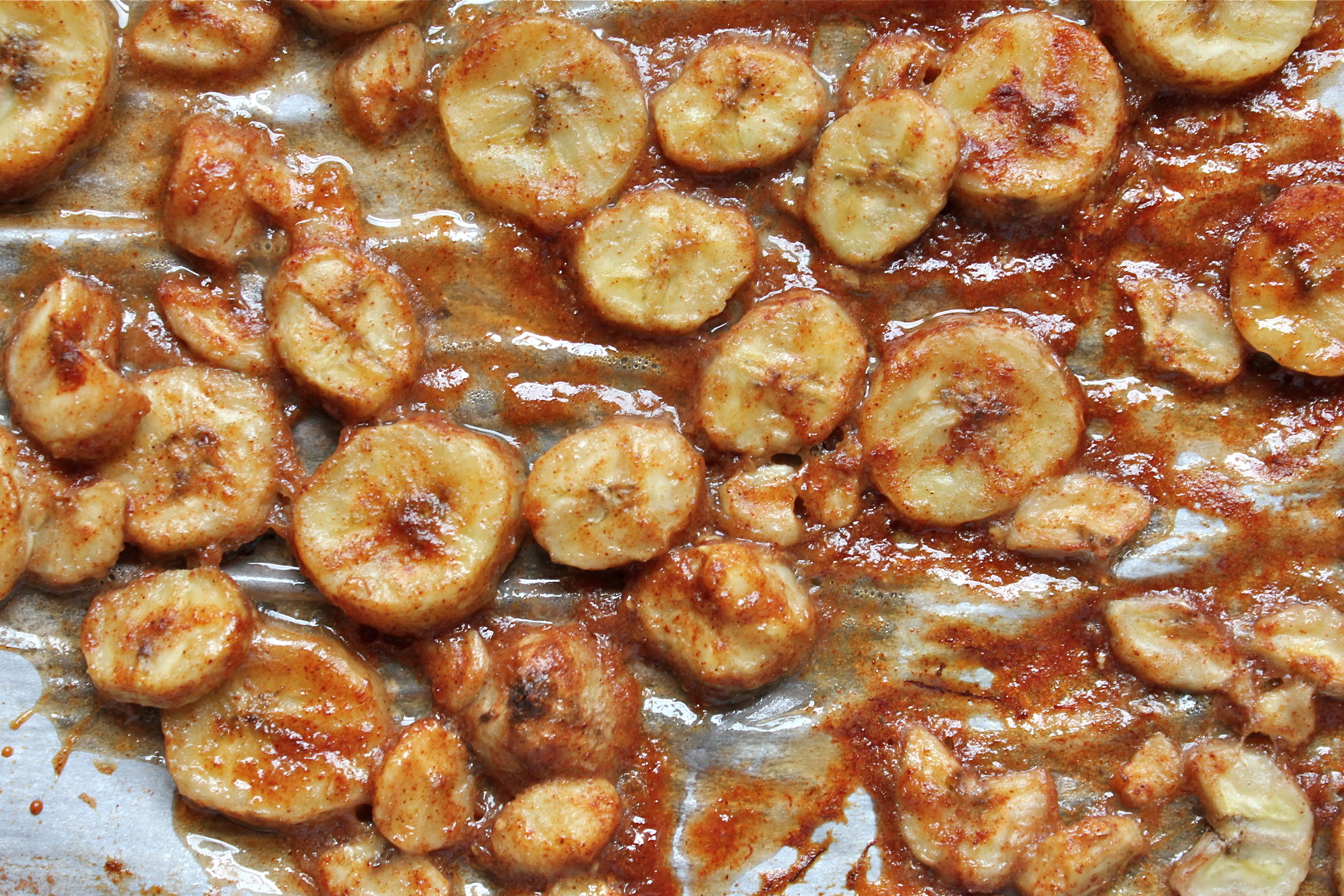 Everyone loves a healthy treat gone sweet! Especially in the summer, this recipe will be a huge hit. After a hefty BBQ meal, a caramelized banana sounds incredible, right? Add in a little cannabis and you've got yourself an amazing after dinner snack. The following recipe serves two people, so if you need to make more just be sure to adjust the recipe accordingly! And it's suggested that you always make a little extra of these if you're having a party... People will definitely want more.
What You'll Need;
1-2 tablespoons heavy cream
2 tablespoons canna-coconut oil
1 tablespoon shredded coconut
2 bananas, peeled and sliced
2 tablespoons brown sugar
Grab a medium sized skillet and heat up the canna-coconut oil. Gradually stir in the brown sugar and allow it to dissolve. Be careful that you don't let it burn to the pan. That'll leave you with one hell of a mess! Just be consistent with your stirring. Once the sugar has been fully mixed with the oil, add in the cream and stir some more to combine everything. Add in the slices of banana and stir them constantly for about a minute. Don't leave them on the heat for too long or the bananas will get mushy. They don't taste very good when they've been cooked too long so be precise with your timing! Gently scoop the bananas and sauce in to two serving dishes. Sprinkle them with the shredded coconut and enjoy!
Comments

Medicated Avocado Shake
It's hot out. While most of us wish for summer during the colder times of the year, I think a lot of us forget how hot it actually gets once the chill leaves the air. Unfortunately, it's already been a scorching hot summer on the east coast but thankfully, there's this healthy, cooling recipe that includes avocados to help cool you down. This medicated shake is popular in Brazil, a place that is definitely hotter than the east coast... Or the west! So no matter where you are, you're sure to be able to chill out with this beverage!
What You'll Need;
3 tablespoons sugar (To taste! This amount can be changed if you don't want to add this much sugar!)
1 avocado, pitted and scooped out of peel
1 1/2 cups cannabis milk "Cannabis Milk Recipe"
1/2 cup ice
Put all of your ingredients together in to a blender and process them together until the texture is smooth and creamy. This recipe will give you two servings so be sure to stick two glasses in the freezer so that they're nice and cold once you get the consistency you want! When you're done with the blending, simply pour the mix in to the glasses. You can garnish them with a slice of avocado for an extra aesthetic value!
Cannabis is extremely beneficial to your health when ingested. In addition to the cannabis milk, you can also add hemp seeds to this recipe, which will give you an extra boost of omega acids and vitamins! Not to mention hemp seeds taste good! In addition to the cannabis working to make your body function better, avocado is incredibly good for your health, giving you a healthy dose of fiber and vitamins. The fruit also decreases a person's risk of diabetes as well as cancer. Not only will this shake cool you off, it'll keep you healthy!
Comments 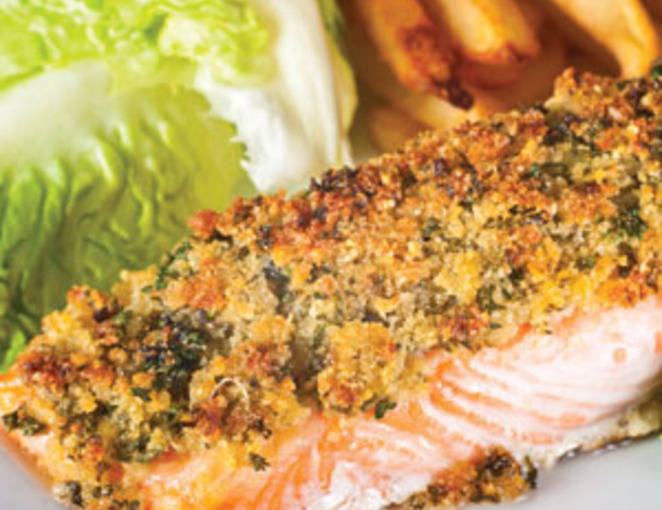 Spending summer nights with friends in your backyard is one of the best experiences around. For those of you who love fish dishes in the summer, this recipe will be for you! This amazing dish is easy to prepare and will give you an amazing medicated salmon that your friends will absolutely adore. The following recipe will make four servings so if you plan on making it for more or less, be sure to adjust the ingredients accordingly.
What You'll Need;
1 cup cannabis Trail Mix (crushed to a fine consistency)
1 cup all-purpose flour
3 tablespoon grated parmesan cheese
1/4 teaspoon pepper
1/4 cup Canna Butter
1/2 teaspoon crushed cannabis buds
1 teaspoon salt
4 salmon steaks (around 1/2lb each)
As always, be sure to preheat your oven, this time to 400 degrees. Take a large mixing bowl and combine salt, pepper, medicated trail mix, flour, cannabis, can cheese. Mix everything together well. Be sure to clean your salmon pieces well and then coat them in the flour mixture and set them aside on a piece of tinfoil or wax paper. Using a 9x13 baking pan, melt the cannabutter in the oven that you've already preheated. Once the butter is melted, place the salmon steaks on the pan and baste the side facing up with some of the butter in the pan. Bake them like this, uncovered for about 15 minutes. Turn them over and turn the heat in the oven down to 350 and bake them for another 15 minutes or until they're tender. Serve them while they're hot, possibly with a side of cannabis seasoned veggies!
Comments 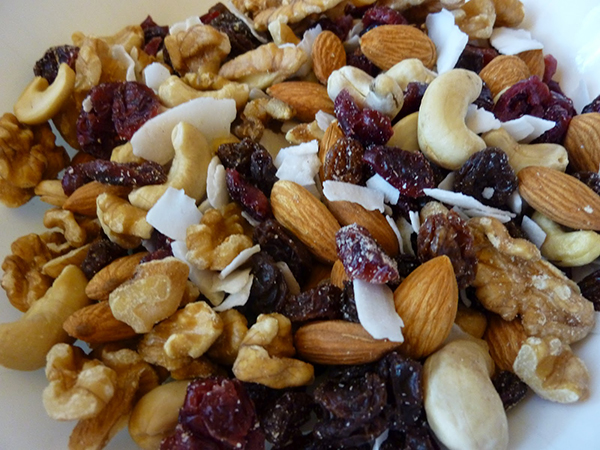 With summer basically here, people are spending a lot of time outside. Which is definitely a good thing, as most of us have been seriously deprived of Vitamin D for the past few months. So hiking, kayaking, running, or whatever other outdoor activities people enjoy are at the top of everyone's list of things to do... But it's also important to stay healthy and stoned, right? The following recipe will teach any stoner how to make a delicious trail mix blend that will keep you full, medicated, and healthy this summer while you're out enjoying yourself!
What You'll Need;
2 tablespoons Worcestershire sauce
1 cup of Wheat Chex cereal
1 cup of Rice Chex cereal
1 cup Canna Butter
1 teaspoon salt
1 cup of Corn Chex cereal
1 tablespoon garlic powder
1 cup small pretzels
1 cup crushed cannabis buds
Start off by preheating your oven to 350 degrees and combining both the Chex cereal and the pretzels in a large mixing bowl and stir them together. Then, in a medium saucepan begin to melt the cannabutter and when it's melted, stir in the garlic powder, salt, and Worcestershire sauce. While that simmers (as always, never boil the cannabutter or you'll lose the THC), spread the cereal and pretzels mix on a cookie sheet and pour half of the butter mix over them using a spatula and spoon. Toss the remaining butter mixture well while you bake the trail mix on the cookie sheet for five minutes. When the five minutes is up, repeat the previous step, pouring the butter over the cookie sheet. Let the mix cool and then sprinkle some crushed cannabis over the top and toss it together. Once you do that, your trail mix is ready to be packaged up and enjoyed!
Comments 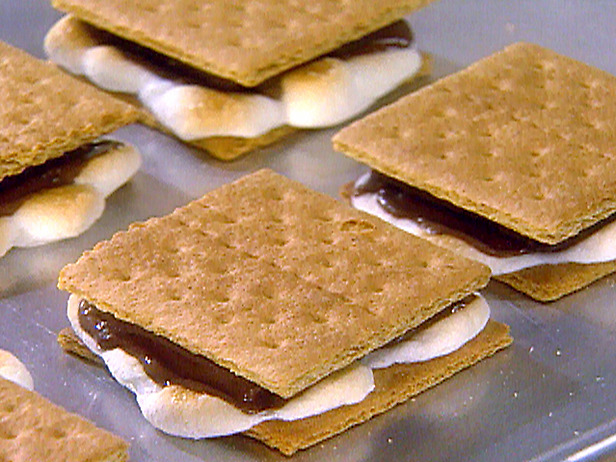 Marijuana S'mores
Summer is on it's way! It's beginning to get warm for all of those stoners who have been stuck in the snow for the past six months. With summer comes outdoors, camping, and summer snacks. The most traditional of these snacks? The S'more. Everyone loves this childhood treat and now, not only can you make them like your family used to do but you can medicate them, giving your S'mores a little extra boost. Trust me, you're going to love these!
What You'll Need;
4 ounces unsweetened chocolate
1 cup cannabis butter (melted)
2 large eggs
1 teaspoon vanilla (optional)
1 3/4 cup graham cracker crumbs
20-30 large marshmallows
1/4 teaspoon salt
1/2 cup flour
1 1/3 cups sugar
Cracker Layer;
First, preheat your oven to 350 degrees and grease a cooking tray that is 8x8. Take 6 tablespoons of melted cannabis butter, graham cracker crumbs, and 2 tablespoons of sugar in a medium mixing bowl. Mix everything together until the crumbs are moistened. Press this crumble mixture in to the bottom of the cooking tray and bake for about 6 minutes. Side the pan aside to cool.
Chocolate Filling;
After you remove the crust from the oven, increase the preheated temperature to 400 degrees. In the microwave, melt together the remaining cannabis butter and chocolate. The two should be melted enough until they can be combined together smoothly. In a larger bowl, mix together the rest of the sugar, salt, and vanilla. Add in one egg at a time while continuously stirring and then add in the flour. Stir for about 2 minutes and the scrape the batter on to the already-made crust. Bake these two together for 17-20 minutes and then let cool.
Marshmallow Layer;
Preheat the broil setting on the oven and move the rack up as high as possible. Cut large marshmallows in half and place them sticky side down on the chocolate layer. Place in the oven and toast until they are golden brown, no more then a minute. Be very careful while doing this, as marshmallows burn quickly and easily and not everyone likes the charred marshmallows. Remove them from the oven and cut in to squares. Enjoy your medicated S'mores!
Comments 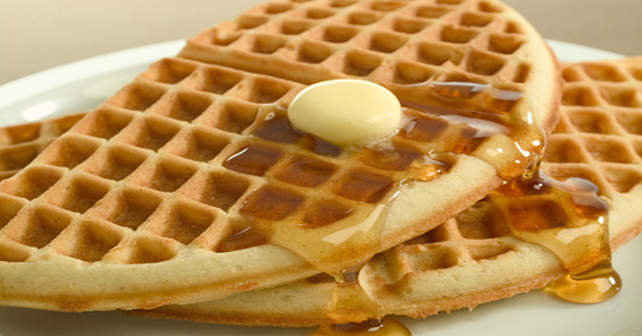 Breakfast is the most important meal of the day. And what better way to start your day then with a stack of waffles? What could possible be better than waffles, you ask? Medicated waffles. This easy recipe will give you a hearty breakfast and a good dose of marijuana to start your morning off right. You could also add medicated apple butter to these waffles as well, making them possibly the best breakfast a person could possibly make for themselves!
What You'll Need;
3 tablespoons sugar
1/2 teaspoon baking soda
2 cups buttermilk
1 cup wheat flour
2 ounces cannabis butter or oil (melted)
1 cup flour
1/2 teaspoon salt
3 large eggs
1 teaspoon baking powder
Take a large bowl and mix together the flour, baking soda, baking powder, wheat flour, sugar, and salt. In a different bowl, beat together the eggs, buttermilk, and the cannabis butter. Mix the wet and dry ingredients together until the mixture is free of lumps. Set this substance aside for 5-10 minutes while you preheat your waffle iron. Scoop the recommended amount of waffle batter on to the iron according to the iron's directions. Proceed to carefully close the waffle iron top and cook the batter until it gets a golden brown color. Toss the waffles on a plate with some of your favorite toppings, medicated or not, and enjoy your homemade, awesome breakfast!
Comments